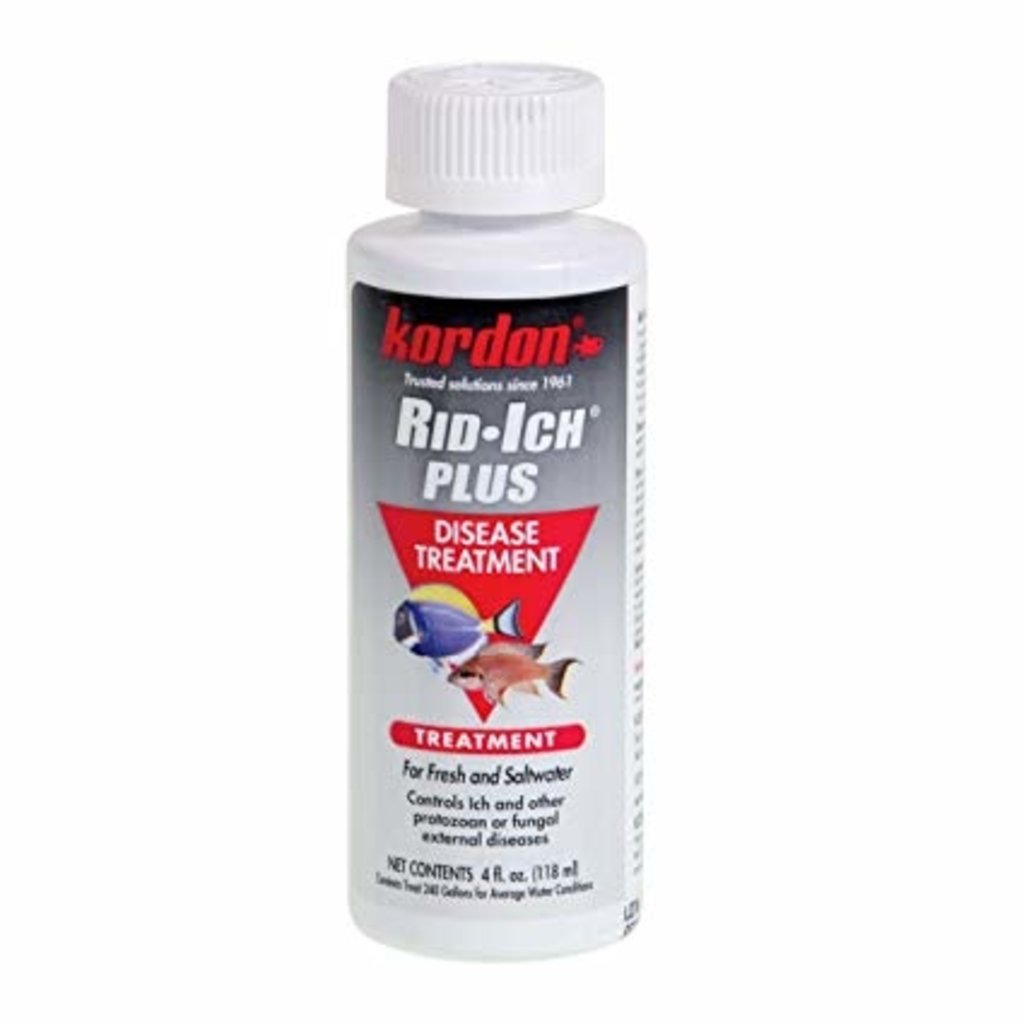 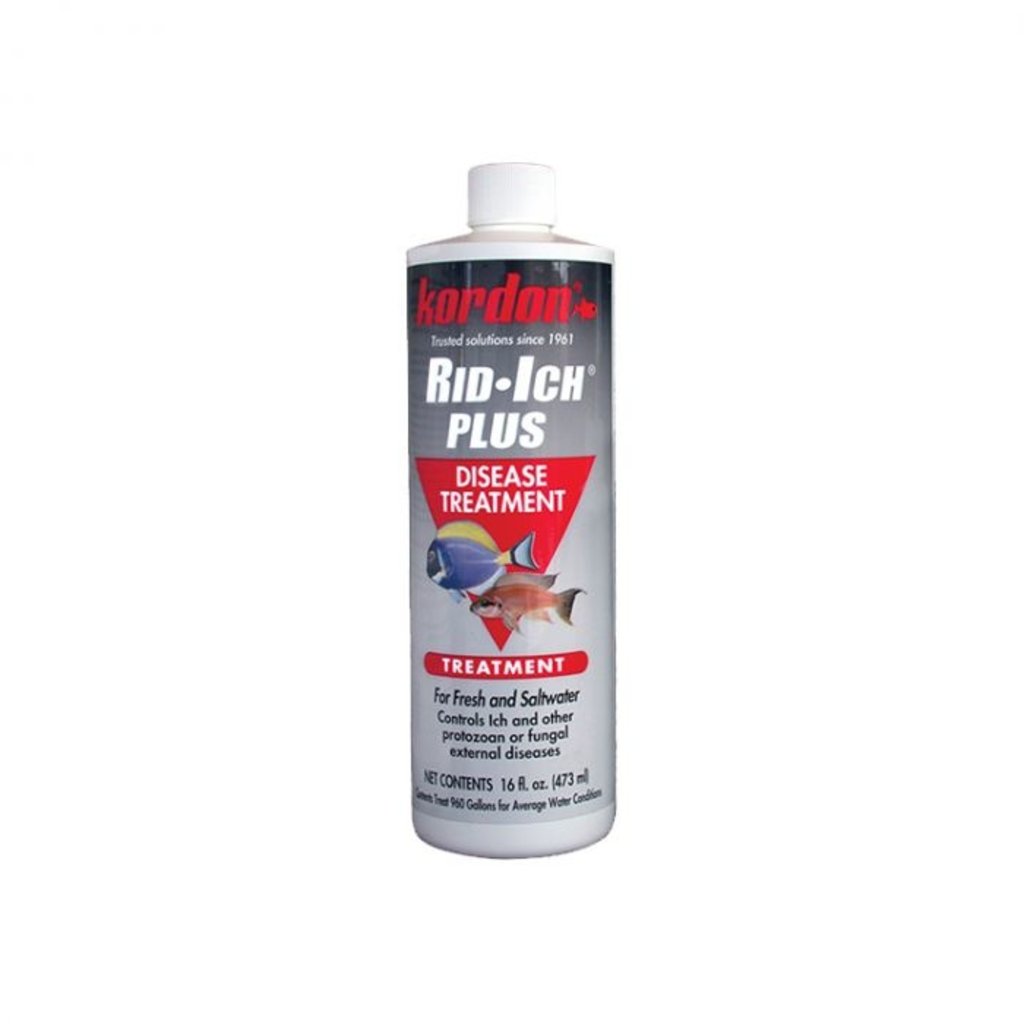 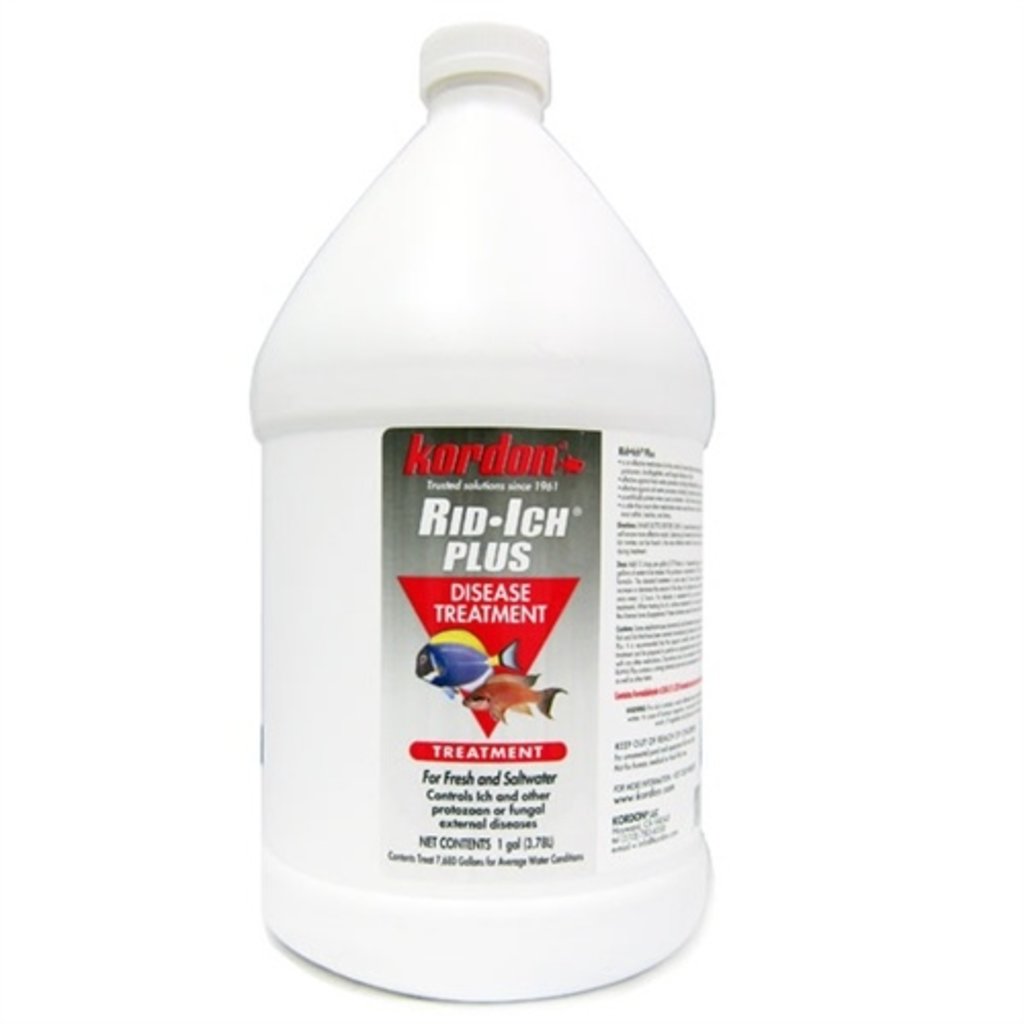 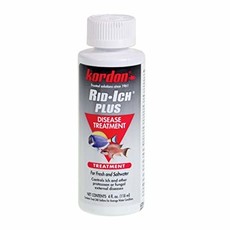 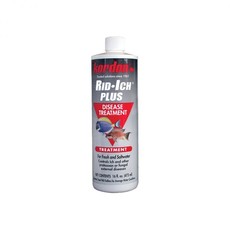 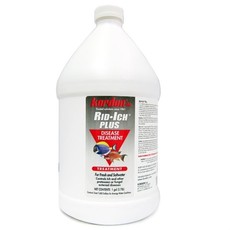 Kordon
Write a review
$10.99
EAN: 048054376443
Rid·Ich Plus is recommended as the best chemical treatment for Ich, (white spot disease), having been originally developed decades ago for professional aquaculture, public aquariums, and government use in treating fishes. Controls Ich and other external
2 in stock
Add to wishlist Compare
Want more Info?
Call us at (833) 210-9373. You'll get a human - no robots allowed (sorry robot overlords)
Have questions? Get in touch
Overnight Animal Shipping Live Arrival Guarantee
Free Sameday Pickup Buy Online Pickup In-Store
Shop with Confidence Review average of 4.6 stars on Google
Rewards Program Earn 1 point for every dollar you spend

Kordon's Rid·Ich Plus® (formerly known as Rid-Ich +) is a combination of two powerful medications which have proven effective in the control of many diseases of freshwater fishes caused by external protozoan (single cell) parasites such as white spot disease, Ichthyophthiriasis, Costia, Trichodina, Chilodonella and saltwater external parasites such as Cryptocaryon and Amyloodinium . The medication can also treat fungal infections in fishes.

Rid·Ich Plus is recommended as the best chemical treatment for Ich, (white spot disease), having been originally developed decades ago for professional aquaculture, public aquariums, and government use in treating fishes. Other than refinement in ingredients, it has continued to remain as the foremost scientifically developed chemical treatment for Ich white spot disease. Efficacy is improved and the treatment time is often reduced when compared to treatment with either the chemicals malachite or formalin alone. (contains 4.26% of formalin and 0.038% of zinc-free chloride salt of malachite green

The recommended treatment concentration of Rid·Ich Plus should be approached with caution, carefully observing the reactions of the treated fishes and ceasing treatment if any undue stress is noted. Remember, when the first outward signs of Ich (scattered spots) are noticed, the fish is often quite heavily parasitic in the mouth and gills - lowering the fish's ability to withstand additional stress. The weaker the fishes' condition, the poorer its response will be to any medication. Rid·Ich Plus has been shown to be reasonably safe for use on fishes which normally cannot tolerate malachite green alone.

Fishes such as the so-called "scale-less" species (loaches, catfish, etc.) tolerate Rid·Ich Plus very well, but be sure to follow cautions noted earlier. Some Mormyrids (elephant noses) may be particularly sensitive and should not be treated with any medication containing malachite green, including Rid·Ich Plus.

Rid·Ich Plus will not interfere with biological filtration. The lowering of dissolved oxygen levels in treated water is often associated with the use of formalin or formalin-containing medications. The use of Rid·Ich Plus allows a lower concentration of formalin to be utilized. This decreases the chances of lowering the dissolved oxygen. However (as noted above), treated fishes should be carefully observed for any signs of respiratory distress. It should be noted that while increased temperatures will often shorten the life cycle of some disease-causing organisms, it will also cause a decrease in the dissolved oxygen levels of the water. Do not increase the temperature in tanks or ponds used for treatment, unless sufficient oxygen is assured.

Rid·Ich Plus is stable indefinitely in solution. It must be stored above 50° F (10° C) to prevent product precipitation. Do not freeze. Do not use Rid·Ich Plus, or any product containing formaldehyde that has been frozen. Keep tightly closed when not in use to prevent loss of formaldehyde.