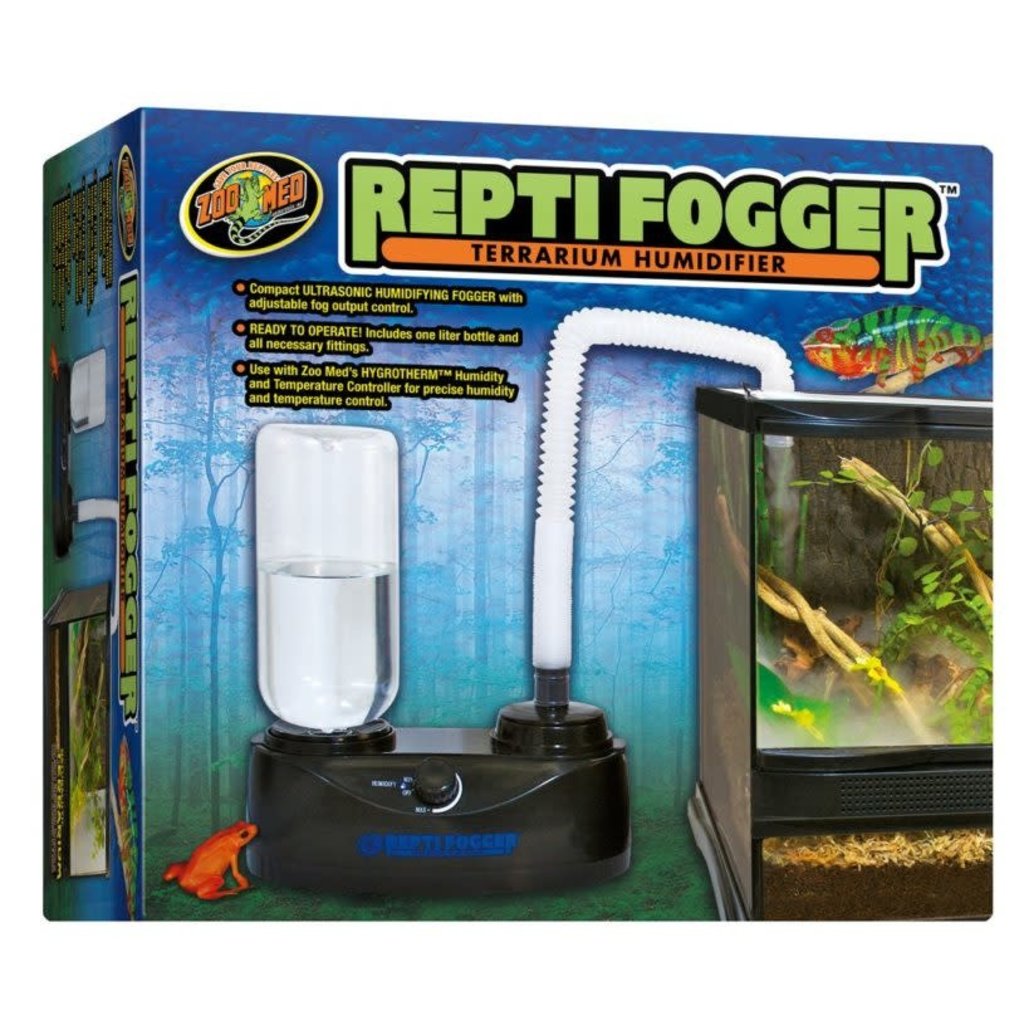 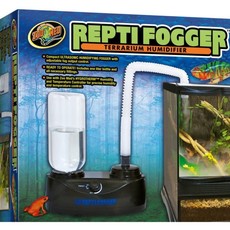 Increase your tank’s humidity with Zoo Med’s new Repti Fogger™, a compact ultrasonic humidifying fogger with adjustable fog output control. This unit comes ready to operate! It includes a one-liter bottle, an adjustable hose that extends up to 3 feet, and all the necessary fittings. The Repti Fogger™ also features a “no-spill” valve making it easy to remove and refill the water bottle.

Repti Fogger™ Instructional Video
Zoo Med’s Repti Fogger™ is a great way to increase the humidity in your pet’s habitat. Watch our step-by-step video on how to properly set up a Repti Fogger™.

Q: My Fogger is making fog but it won’t go through the tube.
A: There are two working parts in the Repti Fogger™. The transducer creates fog and there is a small fan which pushes the fog through the tube. If the fan is malfunctioning, the Fogger will still produce fog in the reservoir, but will not be able to push it through the tube. To order a replacement fan, review our Repti Fogger™ Replacement Parts Section. You can also contact our Customer Service for more details. 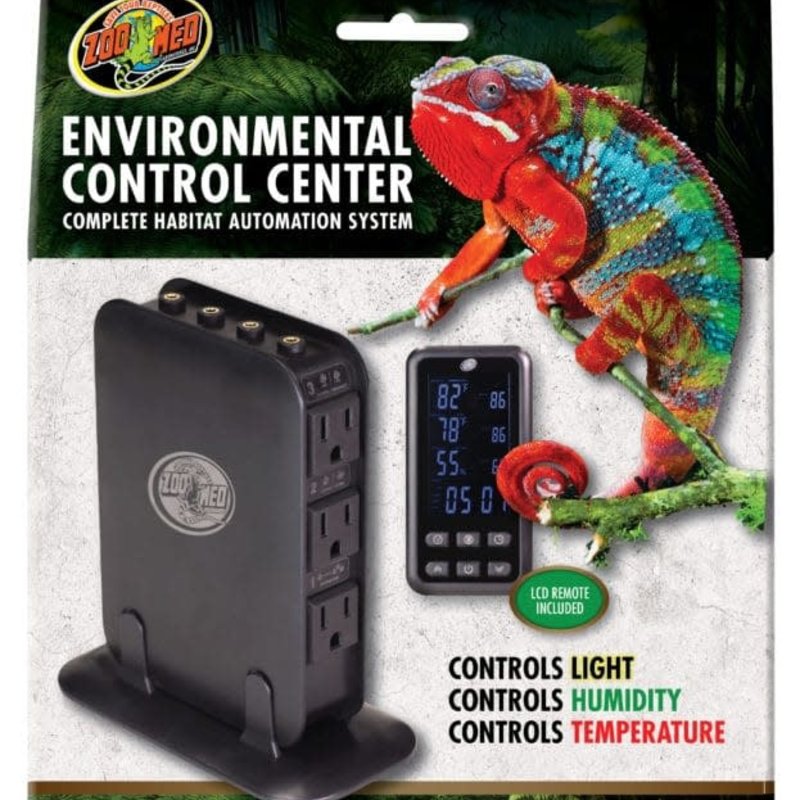